Dispelling myths about VSAN and flash.

I’ve been having the same conversation with several customers lately that is concerning.

Reality: The reality is that that there are over 600 different flash devices that have been certified (and this list is growing).

Reality: ” Capacity tier flash devices can be found in the 50-60 cents per GB range from multiple manufacturers. Caching tier devices can be found for under $1 per GB.  These prices have fallen from $2.5 a GB when VSAN was released in 2014. I expect this downward price trend to continue.

Myth #3 “I could save money with another vendor who will support using cheaper consumer grade flash. They said it would be safe”.

Reality: Consumer grade drives lack capacitors to protect both upper and lower pages.  In order to protect lower cost NAND these drives use volatile DRAM buffers to hold and coalesce writes. Low end consumer grade drives will ignore flush after write commands coming from the operating system, and on power loss can simply loose the data in this buffer.  Other things that can happen is meta data corruption (loss of the lookup table resulting in large portions of the drive becoming unavailable) shorn writes (where writes do not align properly with their boundary and loose data as well as improperly return it on read) and non-serialized writes that could potentially file system or application level recovery journals.  Ohio State and HP Labs put together a great paper on all the things that can (and will) go wrong here. SSD’s have improved since this paper, and others have done similar tests of drives with and without proper power loss protection. The findings point to enterprise class drives with power loss protection being valuable.

Myth #4 “Those consumer grade drives are just as fast!”

Reality: IO latency consistency is less reliable on writes and garbage collection takes significantly more time as there is less spare capacity to manage it.  Flash is great when its fast, but when its not consistent applications can miss SLA’s. If using consumer grade flash in a VSAN home lab, make sure you disable the high latency drive detection. In our labs under heavy sustained load we’ve seen some fairly terrible performance out of consumer flash devices.

In conclusion, there are times and places for cheap low end consumer grade flash (like in my notebook or home lab) but for production use where persistent data matters it should be avoided.

How to handle isolation with scale out storage

I would like to say that this post was inspired by Chad’s guide to storage architectures. When talking to customers over the years a recurring problem surfaced.  Storage historically in the smaller enterprises tended towards people going “all in” on one big array. The idea was that by consolidating the purchasing of all of the different application groups, and teams they could get the most “bang for buck”.  The upsides are obvious (Fewer silo’s and consolidation of resources and platforms means lower capex/opex costs). The performance downsides were annoying but could be mitigated. (normally noisy neighbor performance issues). That said the real downside to having one (or a few) big arrays are often found hidden on the operational side. 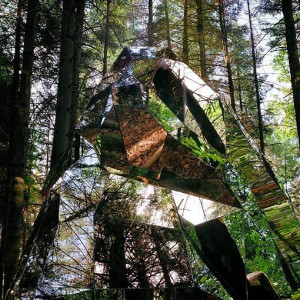 “Not so stealthy database”

Some storage workloads just need more performance than everyone else, and often the cost of the upgrade is increased by the other workloads on the array that will gain no material benefit. Database Administrators often point to a lack of dedicated resources when performance problems arise.  Providing isolation for these workloads historically involved buying an exotic non-x86 processor, and a “black box” appliance that required expensive specialty skills on top of significant Capex cost. I like to call these boxes “cloaking devices” as they often are often completely hidden from the normal infrastructure monitoring teams.

A benefit to using a Scale out (Type III)  approach is that the storage can be scaled down (or even divided).  VMware VSAN can evacuate data from a host, and allow you to shift its resources to another cluster. As Hybrid nodes can push up to 40K IOPS (and all flash over 100K) allowing even smaller clusters to hold their own on disk performance. It is worth noting that the reverse action is also possible. When a legacy application is retired, the cluster that served it can be upgraded and merged into other clusters. In this way the isolation is really just a resource silo (the least threatening of all IT silos).  You can still use the same software stack, and leverage the same skill set while keeping change control, auditors and developers happy. Even the Database administrators will be happy to learn that they can push millions of orders per minute with a simple 4 node cluster.

In principal I still like to avoid silos. If they must exist, I would suggest trying to find a way that the hardware that makes them up is highly portable and re-usable and VSAN and vSphere can help with that quite a bit.