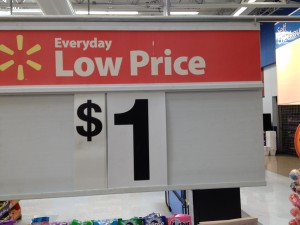 Ok, I’ll admit this is an incredibly misleading click bait title. I wanted to demonstrate how the economics of cheaper flash make VMware Virtual SAN (and really any SDS product that is not licensed by capacity) cheaper over time. I also wanted to share a story of how older slower flash became more expensive.

Lets talk about a tale of two cities who had storage problems and faced radically different cost economics. One was a large city with lots of purchasing power and size, and the other was a small little bedroom community. Who do you think got the better deal on flash?

A 100 user pilot VDI project was kicking off. They knew they wanted great storage performance, but they could not invest in a big storage array with a lot of flash up front. They did not want to have to pay more tomorrow for flash, and wanted great management and integration. VSAN and Horizon View were quickly chosen. They used the per concurrent user licensing for VSAN so their costs would cleanly and predictably scale. Modern fast enterprise  flash was chosen that cost ~$2.50 per GB and had great performance. This summer they went to expand the wildly successful project, and discovered that the new version of the drives they had purchased last year now cost $1.40 per GB, and that other new drives on the HCL from their same vendor were available for ~$1 per GB. Looking at other vendors they found even lower cost options available.  They upgraded to the latest version of VSAN and found improved snapshot performance, write performance and management. Procurement could be done cost effectively at small scale, and small projects could be added without much risk. They could even adopt the newest generation (NVMe) without having to forklift controllers or pay anyone but the hardware vendor.

Meanwhile in the big city…..

The second city was quite a bit larger. After a year long procurement process and dozens of meetings they chose a traditional storage array/blade system from a Tier 1 vendor. They spent millions and bought years worth of capacity to leverage the deepest purchasing discounts they could. A year after deployment, they experienced performance issues and wanted to add flash. Upon discussing with the vendor the only option was older, slower, small SLC drives. They had bought their array at the end of sale window and were stuck with 2 generations old technology. It was also discovered the array would only support a very small amount of them (the controllers and code were not designed to handle flash). The vendor politely explained that since this was not a part of the original purchase the 75% discount off list that had been on the original purchase would not apply and they would need to pay $30 per GB. Somehow older, slower flash had become 4x more expensive in the span of a year.  They were told they should have “locked in savings” and bought the flash up front. In reality though, they would  locking in a high price for a commodity that they did not yet need. The final problem they faced was an order to move out of the data center into 2-3 smaller facilities and split up the hardware accordingly.  That big storage array could not easily be cut into parts.

There are a few lessons to take away from these environments.