Did you get a fake ReadyNode? 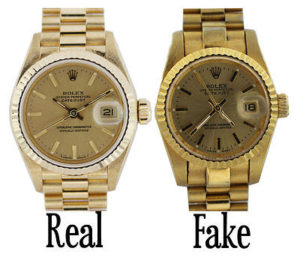 We’ve all been there…

Maybe its the streets of NYC, or a corner stall in a mall in Bangkok, or even Harwin St here in Houston. Someone tried to sell you a cut rate watch or sunglasses. Maybe the lettering was off, or the gold looked a bit flakey but you passed on that possibly non-genuine watch or sunglasses. It might have even been made in the same factory, but it is clear the QC might have issues. You would not expect the same outcome as getting the real thing. The same thing can happen in ReadyNodes.

Real ReadyNodes for VMware vSAN have a couple key points.

They are tested. All of the components have been tested together and certified. Beware anyone in software-defined storage who doesn’t have some type of certification program as this opens the doors to lower quality components, or hardware/driver/firmware compatibility issues. VMware has validated satisfactory performance with the ReadyNode configurations. A Real ReadyNode looks beyond “will these components physically connect” and if they will actually deliver.

vSAN ReadyNodes offer choice. ReadyNodes are available from over a dozen different server OEM’s. The VMware vSAN Compatibility Guide offers over a thousand verified hardware components also to supplement these ReadyNodes for further customization. ReadyNodes are not limited to a single server or compoennt vendor.

So what do you do if you’ve ended up with a fake ReadyNode? Unlike the fake watch I had to throw away, you can check with the vSAN compatibility list and see if you can with minimal controller or storage devices changes convert your system in place over to vSAN. Remember if your running ESXI 5.5 update 1 or newer, you already have vSAN software installed. You just need to license and enable it!