The use cases for a Synology 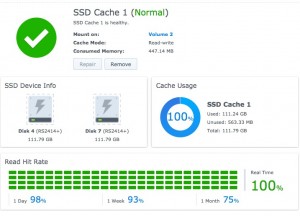 I often run into a wide mix of high and low end gear that people use to solve challenges. Previously I wrote on why you shouldn’t use a Synology or cheap NAS device as your primary storage system for critical workloads, but I think its time to clarify where people SHOULD consider using a Synology in a datacenter enviroment.

A lot has been written about why you shouldn’t apply the same performance SLA to all workloads, but I’d argue the bigger discussion in maintaining SLA’s without breaking the budget is treating up-time SLA’s the same way. Not all workloads need HA, and not all workloads need 4 hour support agreements. There is a lot of redundant data, and ethereal data in the data center and having a device that can cheaply store that data is key to not having to make compromises to those business critical workloads that do need it. I see a lot of companies evaluating start-ups, scaling performance and flash usage back, under-staffing IT ops staff, cutting out monitoring and management tools, and other cost saving but SLA crushing actions actions in order to free up the budget for that next big high up-time storage array. Its time for small medium enterprises to quit being fair to storage availability. It is time to consider that “good enough” storage might be worth the added management and overhead. While some of this can be better handled by data reduction technologies, and storage management policies and software some times you just need something cheap. While I do cringe when I see RAID 5 Drobo’s running production databases, there are use cases and here’s a few I’ve found for the Synology in our datacenter over the years.

1. Backups, and data export/import – In a world where you often end up with 5 copies of your data (Remote Replica’s for DR, Application team silo has their own backup and archive solution) using something thats cheap for bulk image level backups isn’t a bad idea. The USB and ESATA ports make them a GREAT place for transferring data by mail (Export or import of a Veeam seed) or for ingesting data (Used ours on thanksgiving to import a customer’s VM that was fleeing the abrupt shutting down of a hosting provider in town). While its true you can pass USB through to a VM, I’ve always found it overly complicated, and generally slower than just importing straight to a datastore like the Synology can do.

2. Swing Migrations – For those of us Using VMware VSAN, having a storage system that can cross clusters is handy in a pinch, and keeps downtime and the need to use Extended vMotion to a minimum.  A quick and dirty shared NFS export means you can get a VM from vCenter A to vCenter B with little fuss.

3. Performance testing – A lot of times you have an application that runs poorly, and before you buy 40-100K worth of Tier1 flash you want to know if it will actually run faster, or just chase its tail. A quick and dirty datastore on some low price Intel flash (S3500’s or S3700 drives are under $2.50 a GB) can give you a quick rocket boost to see if that application can soar! (Or if that penguin will just end up CPU bound). A use case I’ve done is put a VDI POC on the Synology to find out what the IOPS mix will look like with 20-100 users before you scale to production use for hundreds or thousands of users. Learning that you need to size heavy because of that terrible access database application before you under invest in storage is handy.

4. A separate failure domain for network and management services – For those of us who live in 100% VMware environments, having something that can provide a quick NTP/DHCP/Syslog/SMTP/SMS/SSH service. In the event of datacenter apocalypse (IE an entire VMware cluster goes offline) this plucky little device will be delivering SMTP and SMS alerts, providing me services I would need to rebuild things, give me a place to review the last screams (syslog). While not a replacement for better places to run some of these services (I generally run DHCP off the ASA’s and NTP off of the edge routers) in a small shop or lab, this can provide some basic redundancy for some of these services if the normal network devices are themselves not redundant.

4. Staging – A lot of times we will have a project that needs to go live in a very short amount of time, and we often have access to the software before the storage or other hardware will show up. A non-active workload rarely needs a lot of CPU/Memory and can leech off of a no reservation resource pool, so storage is often the bottleneck. Rather than put the project on hold, having some bulk storage on a cheap NAS lets you build out the servers, then migrate the VM’s once the real hardware has arrived, collapsing project time lines by a few days or week so your not stuck waiting on procurement, or the SAN vendor to do an install. For far less than cost to do a “rush Install” of a Tier 1 array I can get a Synology full of drives onsite, setup before that big piece of disk iron comes online.

5. Tier 3 Workloads – Sometimes you have a workload that you could just recover, or if it was down for a week you wouldn’t violate a Business SLA. Testing, Log dumps, replicated archival data, and random warehouses that it would take more effort to sort through than horde are another use case. Also the discussion of why you are moving it the Synology opens up a talking point with the owner of why they need the data in the first place (and allows for bargaining, such as “if you can get this 10TB of syslog down to 500GB I’ll put it back on the array”). Realistically technology like VSAN and array auto-tier has driven down the argument for using these devices in this way, but having something that borders on being a desktop recycling bin.