New vCloud Calculator (and my tips) 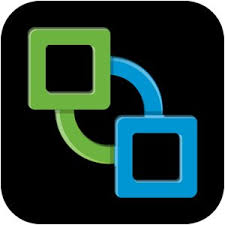 myvirtualcloud is at it again with an update to the most scientific attempt at VDI sizing ever attempted. While part of me still view VDI sizing as a dark art, I have to admit he’s thought of a lot of the little things (like how much vswap changes for 3D RAM).

He’s some quick tips and tricks for those looking at VMware View.

1. Don’t assume everything needs to go in a SAN. If your non-persistent you can offload linked clones as well as the replica’s to local flash if you want to go dense.

2. Don’t assume everyone’s a task user even if you are. Those data entry plebs might be running a simple application that in reality is a rube goldberg nightmare of linked Access Databases and Excel documents.

3. Don’t assume you know the applications. That little application to manage your phones for Avaya is really a full tomcat instance running on everyone’s VDI desktop.

4. Plan and size for growth and scaling. No one likes to find out that 6 months in they’ve run out of resources. Their existing desktop doesn’t do that. Make sure it can grow for a while, as well as make sure to have a design that can double or triple in scale in CPU/Memory/Storage/Network without issues.

5. Think smaller in scaling. Don’t think scalability means bigger servers/SANs. Don’t be afraid to find a ratio/model that works and just clone it. Using a Modular grouping scaling system separates failure domains and makes performance repeatable as you go up in size. I’d rather have 5 HUS/VNX/FAS3K than a single VSP/VMAX/FAS6K. Human beings are a big part of failure in VDI environments, and letting a single command or SAN firmware upgrade take out 20K Desktops isn’t always a great idea.

6. Remember View and Horizon is more than VDI and it can be a more gradual migration. Recently to ease some C-Suite users into VDI, we started them out by just installing the agents on their physical PC. By allowing them to reach their physical desktop from anywhere with their iPad you can start the conversation about VDI. You can gradually migrate them into a virtual desktop as hardware ages. Similarly Horizon Data can be used as a tool to get data into the data center, and begin the march towards centralizing the end user computing experience.